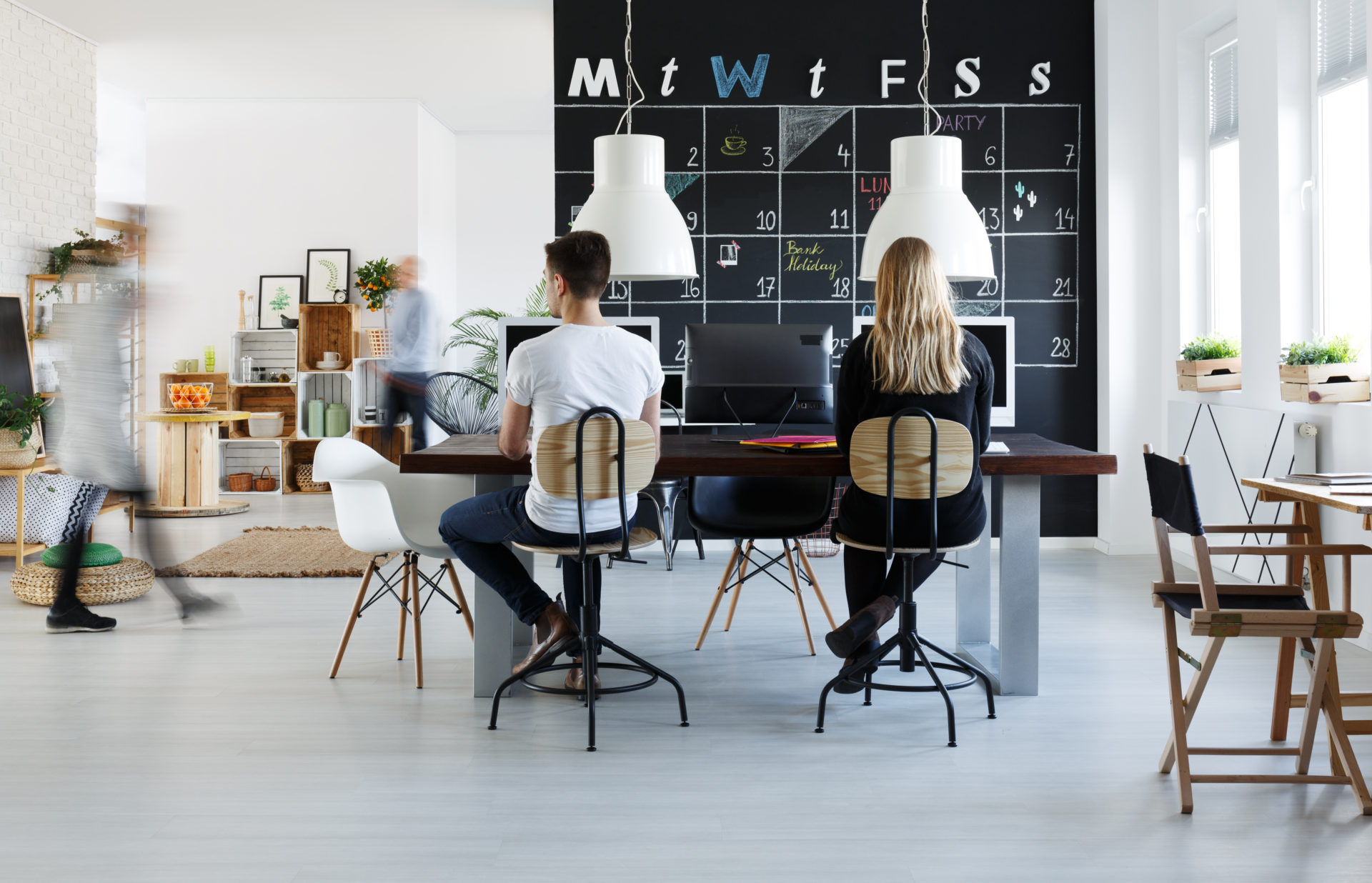 The idea of a 4-day workweek is nothing new; it’s been around since the 1920s and 30’s when Congress considered legislation to trim down the standard 40-hour workweek.

That legislation didn’t pass, but the idea has persisted. It’s been gaining momentum again in recent years, especially in the wake of the global pandemic, which flipped our traditional notion of what work looks like.

Cutting back from five to four days of work (and gaining an additional day off) each week might sound like a dream, and it can benefit employers and employees alike. But, the four-day workweek also comes with downsides. We’ll lay out the pros and cons here.

At its core, the four-day workweek centers around productivity.

Countless studies have shown that productivity has a dropoff point–a point at which no additional meaningful output is achieved even if more hours are worked. If you’ve ever spent a Friday afternoon in the office trying to look busy until 5 o’clock rolls around, then you’ve experienced this phenomenon firsthand.

A four-day workweek, proponents reasoned, would give employees more time to rest and recharge without costing the company any substantial loss in productivity. For most companies that instate it, this means working four ten-hour days (known as a 4/10 schedule) instead of five eight-hour ones.

Organizations around the world have tested out a four-day workweek with mixed results.

In 2008, the state of Utah instituted a four-day workweek for all state employees. After just three years, it reverted back to a five-day week, citing a negative impact on public services and negligible cost savings.

In 2019, Microsoft launched a pilot four-day workweek program at one of its subsidiaries in Japan. They reported happy workers and an impressive 40% jump in productivity.

While the jury’s still out on the perfect workweek length for keeping workers engaged and productive, switching from five to four days may be a viable and effective option for some organizations.

Pros of a 4-Day Workweek

Flexibility and work-life balance are two of the biggest demands among top candidates. A shorter workweek is one way to offer these benefits, especially if your line of work isn’t suited to other flexible scheduling options like remote work or unlimited PTO.

An additional day off each week gives employees more time to spend with family, pursue hobbies, complete personal errands, and mentally recharge, all of which can contribute to greater satisfaction when they’re on the clock.

Related: The Importance of Flexibility in the Workplace

Many companies have responded to the call for more flexibility by moving to remote work. While working from home can promote work-life balance, it doesn’t solve the issue of burnout. In fact, it can exacerbate the problem by eliminating the boundary between work and home life.

Giving employees an additional full day off each week can significantly reduce the incidence of work-related exhaustion that leads to unproductive employees and contributes to turnover.

Related: Warning Signs of Employee Burnout & How to Prevent it

Earlier, we touched on the productivity ‘dropoff point’–the fact that more hours at work don’t necessarily mean more is accomplished. It turns out there might actually be an inverse relationship between productivity and hours worked. For some companies, there’s a sweet spot where employees actually get more done when working fewer days.

In a British study, 73 companies moved to a four-day workweek to analyze the impacts. More than half of the study participants said productivity was the same or had improved. Six of them said productivity had significantly improved.

Related: Employee Incentive Programs to Motivate and Engage Your Staff

Employees who come to work simply to punch a clock aren’t very engaged with their work. With the right action from company leaders, a four-day workweek can help shift the focus from the number of hours worked to the results an employee accomplishes. This is a much more effective way to drive engagement and achieve business KPIs.

If the four days worked are the same for all employees–for example, a company-wide Monday through Thursday schedule–it can reduce how much the company spends on things like utilities and other infrastructure (keeping all the lights in the building on for four days costs less than five, and so on).

A four-day workweek is also being touted as a way for companies to reduce their carbon footprint, which is an increasingly important initiative for many organizations.

The most competitive candidates weigh companies closely against one another when deciding where they want to work. A four-day workweek can give you a significant edge in the tight race to stand out.

Cons of a 4-Day Workweek

Moving from five working days per week to four requires a bigger mental shift than you might expect. For example, high-performing employees may feel compelled to respond to emails and take meetings even on their additional “off” day, negating reduced burnout benefits.

For a four-day workweek to be effective, buy-in must be at every level, from the C-suite down. This can prove to be a challenging hurdle to overcome.

Not a universal solution

Some industries are better suited to a four-day workweek than others. Those who trade in physical output (i.e., construction work) rather than mental output (i.e., content creation) may not experience the same productivity benefits of moving to fewer work days per week.

Additionally, an alternate work schedule may not be viewed as a positive thing by all employees. For example, those with children in school may feel that life moves more smoothly on a standard schedule of five eight-hour days. Others may feel increased pressure at having to get the same amount of work done in fewer shifts.

Depending on the industry, companies may still need to provide customers with five (or more) days of business hours. This could mean employees’ third days off are staggered, complicating scheduling.

Having a four-day schedule that’s non-consistent across the company can also make it harder to collaborate among different teams, hold meetings and complete other activities that require coordinating schedules.

In addition to internal scheduling challenges, a four-day workweek can complicate the process of working with outside vendors and clients. If a vendor sends a request on a Thursday evening and all employees have Friday off, they’ll have to wait until Monday–more than 72 hours later–to receive a response. Without proper planning, this could quickly hurt operations.

While a four-day workweek can reduce costs in some areas, it may increase expenditures in others. For example, some states mandate overtime pay for hourly employees working more than eight hours in a shift. If you move to a 4/10 system, this means all hourly employees on this schedule will accrue two hours of overtime pay per day. It’s something managers will need to be mindful of when scheduling to avoid excessive overtime costs.

Some consumers may view a four-day workweek as a bad thing, worrying (perhaps rightfully so) that it’ll negatively impact the availability and quality of their service. This may require additional work on your part to manage negative feedback and educate customers on what you’re doing to ensure consistent service.

The number of companies using a four-day workweek is growing yearly, and more employees are beginning to push for it. With the right execution and investment from all levels of leadership, it can be an effective way to offer more flexibility while maintaining consistent performance levels.

If you do decide to test out a 4/10 schedule, begin with a trial program (summers are often a good time for this) or test it first on a select group of employees before instituting it company-wide.