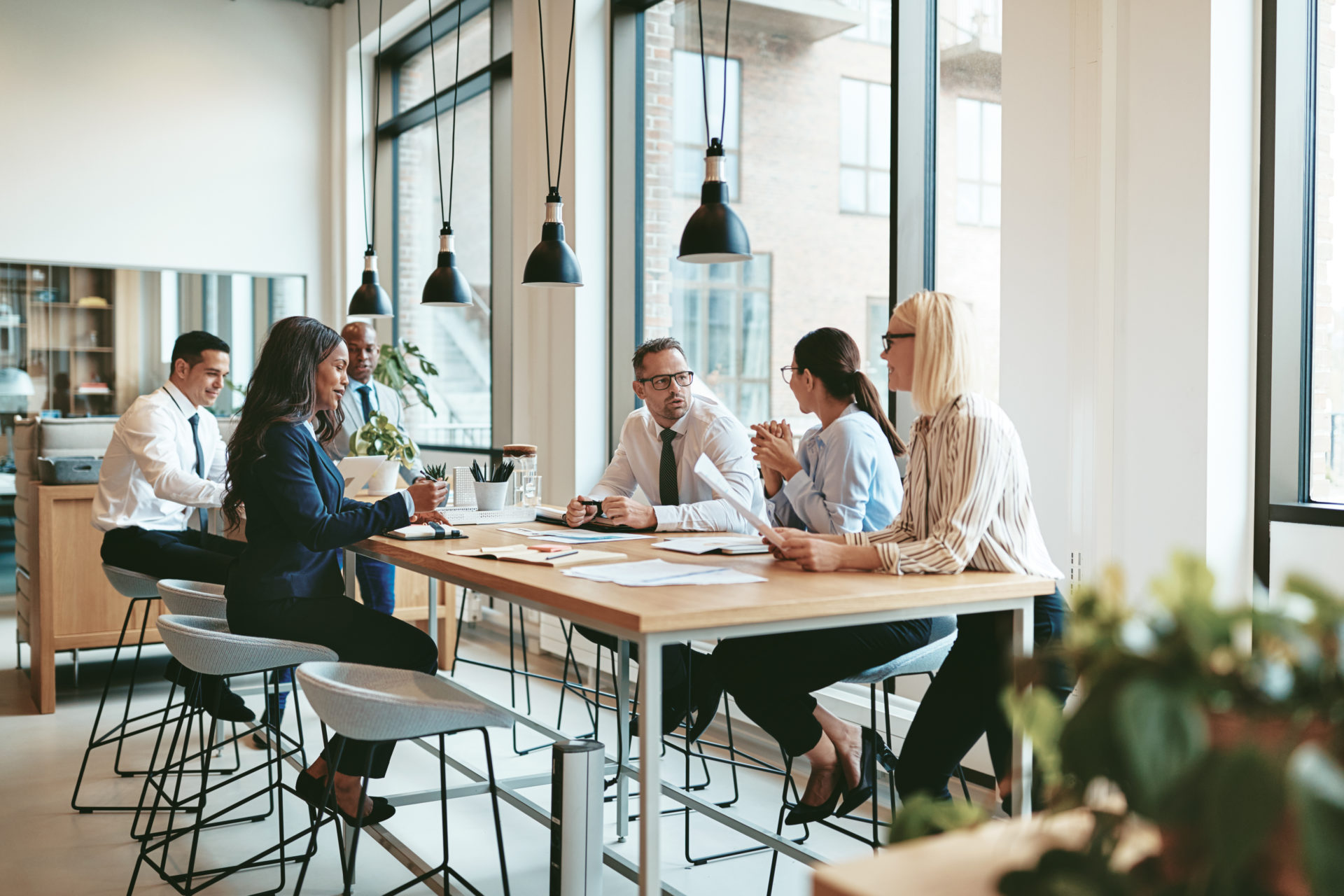 Through our more than 15 years in business, we’ve seen the pendulum swing widely back and forth between candidate’s markets and employer’s markets several times over. Companies come and go as industries change, technology evolves and consumer priorities shift. And yet through it all, there have been a handful of mainstay companies that consistently attract and retain the best talent, earning recognition for being some of the best places to work in the world. Trader Joe’s, Southwest Airlines, Google, and Marriott come to mind as a few examples.

So what exactly is it that sets these companies apart? If we look at them individually, they’re quite different in terms of their characteristics and the work they do. Yet each of them could be described as an employer of choice—a term for companies that are able to hire and retain superior talent through a fantastic culture, attractive benefits, and a reputation for high levels of employee satisfaction.

Here, we’re taking a closer look at this unicorn-like category of organizations: what is an employer of choice, how does being one benefit you and how can you become one so you can enjoy unmatched access to the best talent available?

What Is An Employer of Choice?

In the simplest terms, an employer of choice is a company that candidates, by and large, want to work for. Some of the defining characteristics of employers of choice are strong leadership, competitive pay, engaged workers, meaningful work, and an attractive company culture.

Why Become an Employer of Choice?

Workers at employer-of-choice organizations are engaged in their jobs and feel invested in the company’s success, which breeds loyalty. That sense of loyalty and connection to their employer means they’re less likely to jump ship than someone who’s disengaged with their work.

Ability to compete on factors other than salary

Glassdoor’s Informed Candidate Survey¹ found that budget constraints and difficulty competing with other firms’ compensation packages were two of the biggest challenges companies faced when recruiting the right talent. Although offering competitive salaries is an important characteristic of employers of choice, strengthening your company in other areas (which we’ll discuss in a moment) can help you recruit strong talent even when you can’t match your competitors on pay.

That same Glassdoor survey also found that 76% of hiring decision-makers have trouble connecting with and hiring passive job seekers, who are known for being some of the most attractive candidates. When you’re an employer of choice, you don’t have to spend as much time or money-making inroads with great candidates. People already know your company as a great place to get hired, so your reputation does much of the recruiting work for you.

How To Become an Employer of Choice

Competitive salaries are one of the most useful and direct tools for attracting top talent. When you pay your workers fairly, they feel more valued, have a higher level of trust in the organization and are more engaged with their jobs.

It’s important to note that there’s a distinction between “high” and “fair” when it comes to salaries. In a PayScale study² of more than half a million workers, employee satisfaction was more influenced by the worker’s perception that they were paid fairly rather than the actual amount of their compensation. The perception of fair pay comes down to two main factors: being paid a wage that’s on par with the market rate for the work being done, and a wage that’s comparable to what other workers at a similar level are being paid in the organization.

The basics are a must – health insurance, retirement, paid time off, sick leave. Other things are quickly becoming musts – flexible work, family leave

Employers of choice foster workplaces where employees are given clear direction on what’s expected of them and feel confident in their ability to make decisions to meet those expectations. Employees are treated equally regardless of their job title or level of seniority, without the perception that anyone is given preferential treatment.

You can foster a culture of empowerment by awarding recognition where it’s deserved and giving clear and constructive feedback when expectations aren’t being met.

Investing in employee development like training and industry conferences helps boost retention and promote innovation. But formal programs like these aren’t the only way you can help employees grow and thrive within the company.

Offer workers the chance to get involved with activities that go beyond their normal scope of work, like speaking at company events, being involved in focus groups or taking part in candidate interviews. All of these things engage workers on a different level than their primary job function, extending their connection with the company and contributing to employer-of-choice status.

Now more than ever, employees crave transparency. According to the NeuroLeadership Institute³, which studies the relationship between brain science and leadership effectiveness, the brain perceives ambiguity as inherently threatening. When employees feel a sense of ambiguousness—be it about their job security, the company’s direction, or their manager’s decisions—they trust their colleagues less, feel less loyalty to the company and are less motivated to perform.

The solution is to create transparency by keeping employees informed. Employers of choice share information openly and frequently with employees, from the company’s financial performance to the reasoning behind organizational decisions to its long-term growth strategy. Rather than feeling like the “last to know” when it comes to workplace news, they feel like an active, engaged member of the team, which makes them want to stick around.

Be a leader, not a follower

Google is often held up as a shining example of an employer of choice. One of its defining characteristics as a company is that it’s not afraid to go its own way, even if that means taking a totally different path from what everyone else is doing. For an illustration of this, just take a look at X Development⁴, the so-called “moonshot factory” of Google’s parent company, Alphabet, tasked with focusing on radical technologies that will literally change the world.

While not all employers of choice are shooting rockets into space or solving world hunger, they all do share the common thread of fearlessly paving their own way independent of what the rest of the industry or market is focused on.

Focus on the benefits that matter

Basic benefits like health insurance, employer-sponsored retirement, paid vacation time and sick leave are a given for employers of choice. Other in-demand benefits like flexible work schedules and paid family leave are quickly becoming must-haves, as well.

What’s interesting to note about employers of choice is that there’s often little flash in their list of perks. While things like an onsite beer fridge or Friday afternoon ping pong tournaments are fun and trendy, they do little in the way of building real meaning, which is a core characteristic of employer-of-choice brands. Instead of catering to flavor-of-the-week perks, employers of choice focus on the benefits that actually matter and bring measurable value to the employees they wish to attract.

The most engaged employees feel a sense of connection with their organizations that goes beyond everyday job duties. In a survey of 1,000 workers⁵ on charitable giving, 37% of employees said they felt more connected to their company culture when they had an opportunity to participate in charitable events through their workplace. Fifty-seven percent said such events made for happier teams.

Employers of choice have missions that are driven by more than just profits; rather, their efforts contribute to a greater purpose that benefits the community or society as a whole.

Partner with a Team of Experts

If you want to be the best, you have to work with the best. That includes not only your employees, but the partners you choose to aid in your recruitment efforts. The team at 4 Corner Resources has more than a decade of experience helping companies build strategic, growth-minded recruiting programs that produce a consistent pipeline of the best talent.

Whether you’re a small business looking to hire for one or two key positions or an enterprise-level organization in need of a hiring strategy to see you through a rapid phase of growth, we can help you hire the skilled, dependable workers you need to achieve your goals. Schedule your free consultation today to learn more about what a professional recruiting partner can do for your organization.