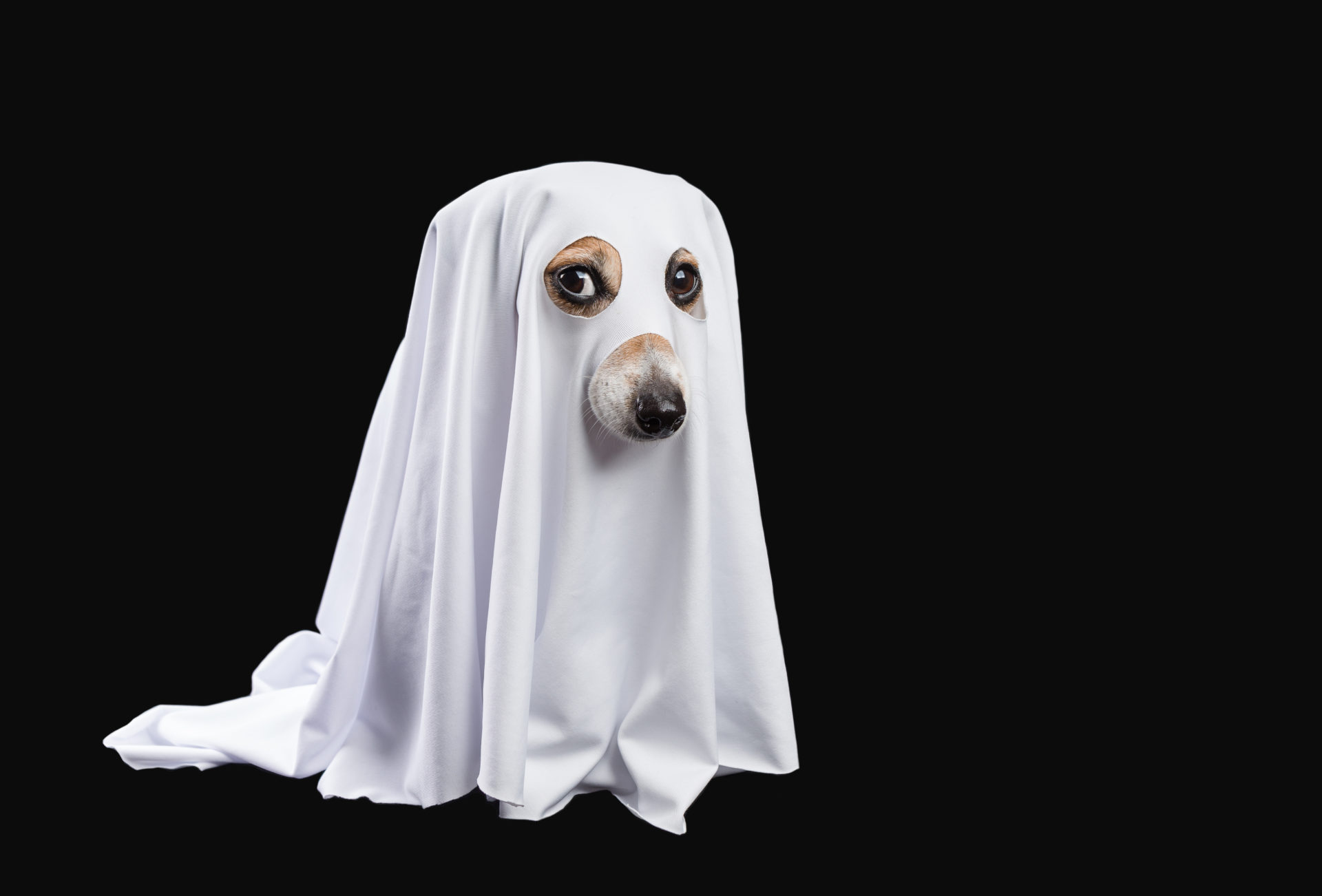 Job ghosting is an increasingly common issue that recruiters at professional staffing agencies and individual businesses are facing. And, although many employers believe that it’s just millennials ghosting jobs, the truth is that this practice spans all age groups.

Candidate and employee “ghosting” is a big thing right now, and it has nothing to do with hauntings or apparitions in the office! Based on the modern lingo of disappearing on someone who you are seeing or met online, the unprofessional practice of ghosting current or prospective employers is a growing trend in which applicants, job candidates, and even existing employees drop them like a blind date gone wrong.

This article will cover what employee ghosting is, why it’s trending, and how employers can prevent this growing practice from occurring at their businesses.

What Exactly is Job Ghosting?

When trying to understand what can be done to prevent employee ghosting, it’s vital to first establish a solid understanding of what constitutes job ghosting. According to an article in USA Today, job ghosting occurs when employees are “blowing off scheduled job interviews, accepting offers but not showing up the first day and even vanishing from existing positions – all without giving notice.”

While this isn’t an entirely new practice, employers are seeing employees ghosting more frequently. The USA Today article also states that “while no one formally tracks such antics, many businesses report that 20 to 50 percent of job applicants and workers are pulling no-shows in some form”, an alarming large number, and that their actions are causing businesses to alter their hiring practices.

To expand upon the definition above, in addition to leaving work one day and never returning or failing to show up for an interview, individuals who take part in job ghosting are also impossible to reach. Any attempted communication on the part of the manager or supervisor will go to voicemail, with the calls not returned and texts unanswered. An individual who is involved in the act of job ghosting cuts off all ties and communication, not only to the management of the company but also to coworkers. Basically, nobody knows why that particular worker left and if they’ll be back, but the feeling is that they won’t come back ever again…and they don’t.

Why Employee Ghosting is Becoming Commonplace

There are many speculations as to why job ghosting is on the rise. Some say they believe the economy is a factor while others think that it’s a way for employees and prospects to get back at employers who, historically, have been unresponsive and have ghosted applicants. As a professional staffing agency, the ghosting trend has been has caused us to alter our recruiting and screening methods in an effort to prevent it from happening with our candidates. Wanting to understand the cause in order to deal with the symptom, here are a few reasons we believe that job ghosting is on the rise:

Employees are in control in an improved economy

According to the U.S. Department of Labor (DOL), unemployment is sitting at 3.5%. In August 2019 the unemployment rate was 3.7% and in September 2019, it was 3.5%, one of the lowest rates since 1969. As a result of these low rates, fewer people are competing for more jobs. This means that there has been a power shift in which applicants and candidates now can exercise more leverage in the labor market — in this case, by job ghosting prospective and existing employers. They can be more selective about the employers they wish to pursue or consider.

Prospective employees may desire retribution for past slights

The Great Recession of 2007-2009 was a time when candidates were desperate for work. A single job listing could receive upwards of several hundred applicants within one day of posting. Unfortunately, many employers chose to leave prospective candidates hanging by ignoring or not communicating with these potential employees.

Now, in an economy with an incredibly low unemployment rate, the tables have turned. Job candidates and applicants can now choose whether to treat employers with respect or treat them the way they have been treated in recent years by other prospective employers — by failing to communicate or altogether disappearing on them.

One reason why the practice of job ghosting is becoming more commonplace with existing employees is that people are averse to confrontation and conflict. They figure it’s easier to disappear than to face their employer and tell them they are leaving. This means that employee ghosting, for some individuals, is the result of wanting to avoid uncomfortable situations.

Another reason why some employees ghost their employers is that companies are not paying enough to keep them, leading employees to jump ship when another opportunity comes along. The Guardian says that smaller employers aren’t paying enough and larger employers with “more generous benefits are snapping” people up. Citing a recent survey from ADP, the publication reports that “companies with fewer than 50 employees have increased their wages about 3.3% so far this year… The increase in wages is barely keeping up with inflation.”

No longer able to ignore the reality of ghosting, employers must reevaluate their compensation and benefits offerings. There’s no question that this behavior costs companies significant time and money by:

Additional reasons for candidates and employees ghosting include:

The Intersection Between Ghosting and Recruiting

The term job ghosting takes on a bit of a different twist when applied to recruiting. In this case, it is sometimes the recruiter who is doing the job ghosting. When an individual applies for a job, they are often up against a lot of competition and it takes a while to hear back from the recruiter. And, in some cases, they never do. Hence, this could be called “recruiter ghosting.”

With job ghosting as it pertains to recruiting, the job candidate will eagerly await any word on a potential job, only to find that the recruiter has cut off all communication with the applicant. This happens for a few reasons, including having a large amount of candidates and not enough time to respond to all, not being interested in the candidate and not caring enough to let them know, and forgetting about keeping in contact with job candidates. This type of job ghosting leads to discouraged job applicants and sometimes a bad name for the recruiter and their company.

The rate of job ghosting as it pertains to the recruiting phase of employment is quite high. About one-third of job applicants surveyed by Cosmopolitan said that they failed to hear anything back from the recruiter pertaining to their job application.

With every interaction, our recruiting team strives to identify whether a candidate is “shady” or a potential ghoster by evaluating them throughout our proprietary screening process. Some points of assessment include (but are not limited to) the following questions:

In the not-too-distant past, when a job candidate received an offer, it was time for the candidate, recruiter, and hiring manager to celebrate. Today, that isn’t necessarily the case, so we remain on high alert until the moment the candidate walks in the door. In other words, it’s not done until it’s done.

We understand that, despite the most thorough screening, reference checking, and interview processes, the potential for ghosting exists, so we remain in constant contact with the selected candidate; looking for any indication that he or she may back out. While we may have sent only a single candidate to interview, it is our practice to have others in the pipeline who are ready to serve as a backup if the need arises.

Is Job Ghosting Ever Acceptable?

The short answer is no. Job ghosting is never an acceptable thing to do. Whether you are an employee leaving the office abruptly or a recruiter failing to respond to a job applicant’s emails or phone calls, job ghosting is never an appropriate nor professional thing to do. It is important that both sides of the equation are respectful of the other and respond to requests for information or tell the boss that they are putting in their two-weeks’ notice. By showing respect in the business world, not only are you being a true professional but also you are keeping the needs of others in mind along the way. For employees, when you take part in job ghosting, your actions not only hurt your boss, they hurt your coworkers and the company as a whole.

For recruiters or headhunters, you are in a job role where you need to have top-notch communication skills and should let your job applicants know where they stand.

To learn more about us, our processes, and what makes us different from other professional staffing agencies, contact our team of placement experts today.

Crystal Lang is a Senior Client Manager for 4 Corner Resources, the highest rated recruitment firm in Central Florida. She has eight years of experience working in the staffing and recruiting industry. She is a results focused professional, recognized for building and growing enriched relationships with a myriad of clients. Her experience encompasses supporting SMB’s to enterprise-level clients. In her free time, Crystal enjoys traveling the globe!