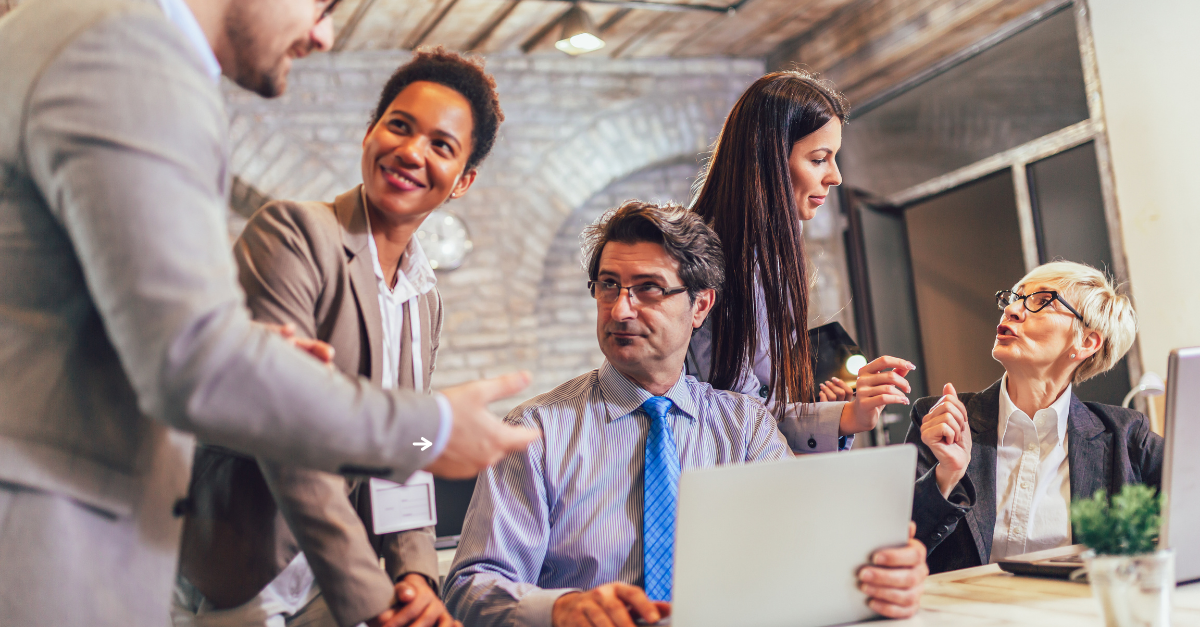 It doesn’t matter whether you are an established business or a start-up; employing an age-diverse team can yield huge rewards and provide big benefits for the business and its people.

The present-day business environment is the first ever to have five different generations working together. For HR professionals and business leaders, managing the needs of different generations at work requires a strategic and informed approach. With the right type of management strategy in place, the various characteristics of each generation can be accounted for and enable employers to reap the benefits of having a broad range of skillsets, perspectives, and experiences within their team.

Read on to learn more about the five generations of employees now at work and their typical characteristics.

What are the Five Main Generations of Employees in the Workplace?

Who are the silent generation?

Born between 1925-1945, the Silent Generation represents those born before the baby boomers, but after a demographic known as the greatest generation. These years cover the start of the Great Depression through to the end of World War II. According to 2019 Census data, there is just over 23 million Silent in the U.S. The term ‘silent generation’ refers to how silent this generation was in comparison to the flaming youth of their parents, with many having started their lives in some of the most troublesome and challenging conditions. People of this generation are often known for being thrifty, loyal, respectful, and determined.

Who are the baby boomers?

Born between 1946 and 1964, Baby Boomers have lived through decades of good times and steady employment. Born just after the war, this generation had to adjust to more competition, as women and former minorities began to enter the workplace. The term ‘baby boomers’ directly relates to a spike in the population after World War II; in the U.S, a record-breaking 3.4 million babies were born in 1946, and a total generational population of almost 72.5 million was recorded making it the greatest generational cohort of all time. People of this generation are often known for being goal-centric, self-assured, resourceful, and place great value on relationships.

Related: How to Manage Millennials vs Baby Boomers in the Workplace

Who are generation x’ers?

Born between 1965-1983, Gen X’ers have witnessed some of the world’s greatest technological advancements, including the introduction of the computer and space explorations. Just how millennials grew up with smartphones but can still recall a time without them, Gen Xers were the first generation to experience computers. In contrast to other generations, this is one of the smallest cohorts, also known as baby busters, post boomers, and the latchkey generation. Generation X was named so due to their refusal to be defined, with ‘x’ representing the variable. People of this generation are often known for being critical thinkers, flexible, independent, and self-reliant.

Generation Y, or Millennials as they are more commonly referred too were born between 1984-1996. This term essentially refers to people born during the last few decades of the 20th century. When the first social media platforms became popular, most millennials were in their teens, and they also lived through the economic recession of 2008. Their world has been heavily impacted by technological advancements, and they are known for being tech-savvy digital natives. People of this generation are often known for being good at accepting change; they value teamwork, are curious, enjoy feedback, and they’re most likely to visit a public library compared to other generations!

Related: 10 Traits You Need to Know About Millennial Workers

Born between 1997-2010, they’re collectively known as Zoomers (for now). Gen Zeders will eventually be known as the generation that came of age during the global pandemic. As the youngest generation, their name is still being debated and could very well change again soon. This generation will not experience a world without the internet, but they are set to be the most digitally advanced generation of all. Gen Z’s are just coming into the workplace, with the oldest turning 25 this year. Their life choices, future earnings, and career prospects, and journey into adulthood have been shaped by a recession and now a pandemic. On the positive side, this generation is more comfortable with racial and ethnic diversity than former generations and may well be the most educated and entrepreneurial. Not a lot is known but keep an eye on them. They are our future.

Related: What to Expect as Gen Z Enters the Workplace

Generational Differences in the Workplace – Conclusion

There are distinct advantages of a diverse workforce for any business, of any size, in any vertical. What makes a sizeable difference to the overall effectiveness of any team are the abilities of leaders to understand and respond to the needs of the individuals. The generation gap isn’t new, nor is it going anywhere soon. With five generations of people working side-by-side in the workplace, this brings with it a huge opportunity for businesses to hire seasoned professionals with advanced skills, experience, and insights that will benefit others in the team, the business, and its clients.

Related Article: The Importance of Age Diversity in the Workplace