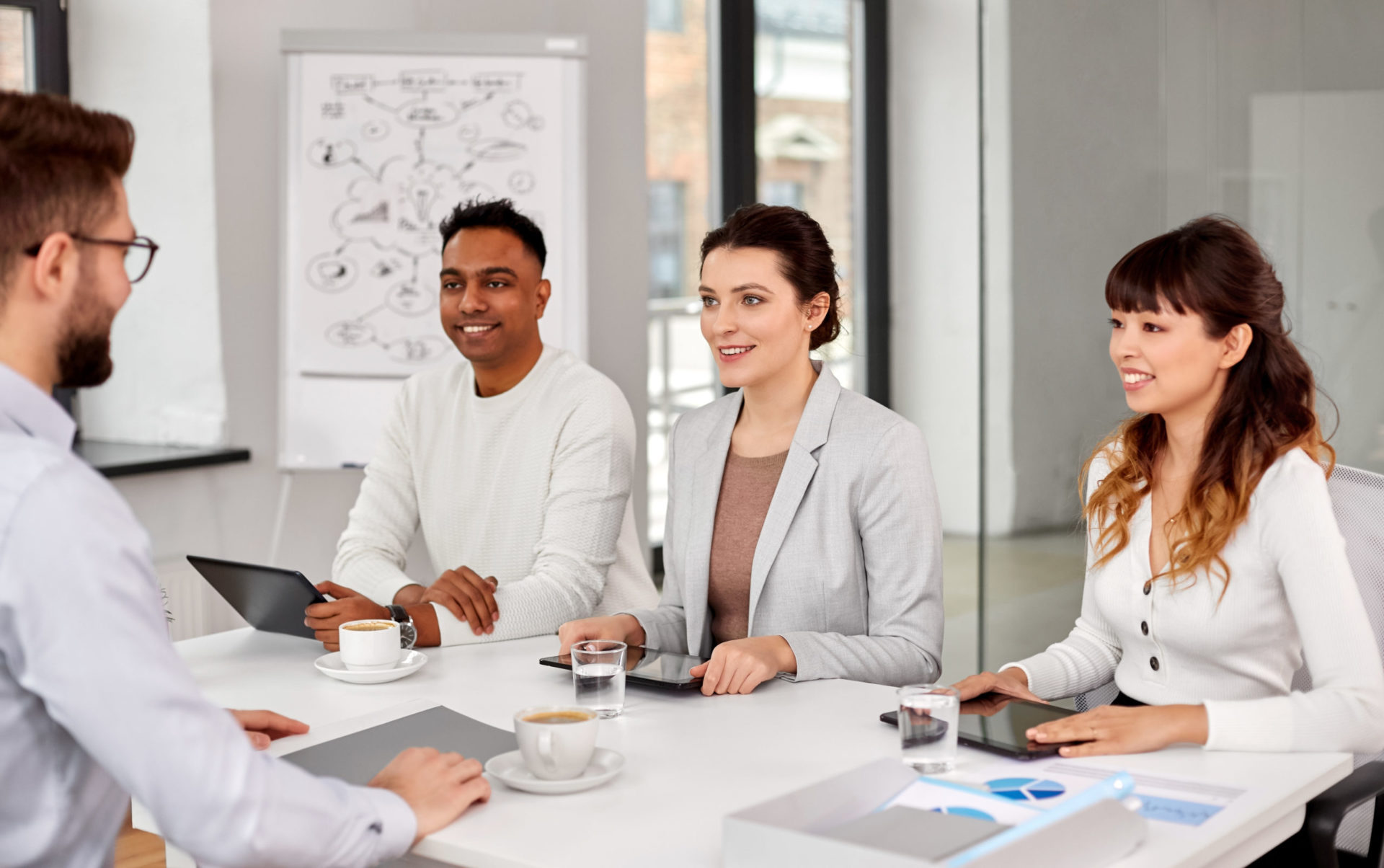 Our brains are bombarded with millions of pieces of information every day. If we tried to analyze and respond to each of these data points individually, we’d never get anything done and would probably look like a bunch of robots short-circuiting.

To manage the rapid and incessant influx of information in a practical way, our brain creates shortcuts. These shortcuts use our past experiences to draw assumptions about future outcomes. For example, when we see a car that is parked far away, we understand that it’s a real vehicle and not a toy car. This is because our past experience tells us far away objects appear smaller than ones that are closer. Convenient, right?

While these shortcuts are great for navigating everyday life (and for helping our ancestors avoid getting eaten by saber-toothed tigers), they can actually create some pretty concerning effects when hiring. Here, we’ll explore how our subconscious minds create hiring bias and why it’s something you want to actively work to weed out of your recruitment process if you want to avoid making costly hiring mistakes.

Why Should We Worry About Hiring Bias?

“I’m not biased!” you might proclaim as you’re reading this article, however, not all bias is rooted in attitudes toward race or gender or other obvious factors we typically think of when we hear the word ‘bias.’

As leading staffing consultant Gail Tolstoi-Miller explains in her insightful TEDx talk, bias is inherent in every observation we make about another human. She further explains, something as simple as the color of an applicant’s apparel—in the example she cites, wearing white shoes after Labor Day—can have a disproportionate impact on our assessment of them as a candidate without us realizing it.

So why does this matter so much? Aren’t we entitled to our own personal opinions? Well, first of all, if you hire based on bias rather than unearthing the actual best person for the job, it can lead to increased turnover. This costs companies in the form of money and lost time.

Second, it’s in your best interest to hire a workforce that’s diverse. Diverse teams tend to be more creative and better at solving problems than their more homogenous counterparts. CEOs say having a more diverse staff has a positive impact on their bottom line, and casting a wide net leads to a larger talent pool.

Finally—and this is a much more self-serving reason to avoid bias, but it’s definitely worth mentioning—it could result in a lawsuit if you allow bias to influence your hiring decisions. In 2019, Google settled a lawsuit alleging age-based hiring bias for a whopping $11 million, while the restaurant chain Seasons 52 settled a similar claim for nearly $3 million.

The fact is, even the most open-minded among us hold subconscious bias—that’s why it’s subconscious, after all. It exists not only in hiring, but in everything from politics to personal relationships. In the context of recruiting, our goal should be to vigilantly monitor for bias and take steps to counteract it wherever possible.

Related: Why Hiring For Diversity It Matters and How To Do It

5 Types of Hiring Bias That Can Lead To Hiring Mistakes

Heuristics are the technical term for what we touched on above—the mental processes our brains rely on to quickly form judgements and make decisions. Heuristics play an important role in problem solving, but they are too oversimplified to use them to make reliable hiring decisions.

One type of heuristic, hiring managers must be especially wary of, is the representative heuristic. In this scenario, the brain draws a conclusion based on a recent interaction that’s similar to the one you’re presently experiencing.

Let’s say the barista got your coffee order wrong this morning, and that barista just happened to have multiple tattoos. If your afternoon interview candidate also has lots of tattoos, a representative heuristic might cause you to draw an assumption about the candidate’s attention to detail based purely on your negative experience with a similar-looking person earlier in the day.

Representative heuristics aren’t always negative associations, either. In fact, positive ones can be equally confounding to a fair hiring process. For example, perhaps a candidate reminds you of a boss you loved working for in the past. This might unfairly skew your opinion in favor of a candidate whose skills are weaker than other contenders.

Take a moment to consider your three closest friends. What is it that drew you to them? For most of us, we’re friends with the people in our lives because we share things in common. This is a universal example of affinity bias—we’re attracted to people who are similar to us.

In friendships, mutual affinities can form the foundation for long-lasting bonds. Certainly, it’s valuable to look for common ground with colleagues as a means to build a strong company culture, however, in hiring, affinity bias can give us tunnel vision for candidates who look, think or act like us.

To reduce affinity bias, experts suggest asking at the beginning of the interview process, where might bias show up in this decision? If your leadership team consists mostly of white males, for example, there’s one obvious spot. If your IT team members all hold degrees from schools in the northeast, there’s another example.

Taking time to identify opportunities for bias and leaving space to call it out helps curb affinity bias before it creeps into your hiring decision.

Conformity bias is another type of bias that has deep roots in human sociology. This type of bias causes us to take our cues on how to behave based on the actions of others (the “when in Rome…” mentality).

Over the course of human evolution, this bias allowed us to form social norms and establish the idea of actions that are “obviously wrong,” like theft or assault, which is crucial to a functioning society. It is crucial to consider when hiring, conformity bias is problematic.

Conformity bias happens most frequently when members of the hiring team share their impressions of a candidate in a group setting rather than forming opinions independently first. The loudest voice, though not always correct, may prevail.

You can mitigate conformity bias in your hiring process by having interviewers submit feedback on candidates independently, like via a rating system, before reviewing it as a group.

The horn effect is a psychological phenomenon in which one negative trait overshadows all the other information we have about a person, unfairly coloring our impression of them.

For example, perhaps you have a pet peeve about lint on clothing. If a candidate comes in and the first thing you see is lint on their sweater, you might be more likely to downplay their positive attributes, like relevant past experience, in your mind. The danger with the horn effect is that once you’ve formed a negative impression of someone, it’s difficult to reverse it.

The best way to counteract the horn effect is to be vigilant for it. You can also minimize its impact on hiring by using a structured scoring process, like a point system, for analyzing different aspects of a candidate (skills, experience, personality traits, etc.) rather than using a subjective yes/no system.

The halo effect is the direct opposite of the horn effect; one positive attribute overshadows any negative aspects of a candidate.

Maybe you share the same alma mater as a candidate and make some pleasant small talk about it before the interview begins; this positive interaction could make you more likely to write off shaky interview answers or weak skills than if it hadn’t happened.

This doesn’t mean you need to rule out small talk or that you can’t have positive feelings about a candidate. As with the horn effect, the best way to mitigate the halo effect is to be mindful of it and to use an objective scoring system that minimizes the weight given to subjective feelings.

We’ve established that everyone holds subconscious biases, and there are some pretty impressive resources available to help you zero in on which ones you possess. Harvard’s Project Implicit offers a series of free tests that measure your attitudes and beliefs in different areas, including gender, sexuality, age, religion, and more. For practical strategies, you can implement in your hiring process to minimize the effects of bias, check out this guide from the Society for Human Resource Management.

Building a team from the ground up? Hiring outside of your area of expertise? The team at 4 Corner Resources can help you make informed hiring decisions that will position your organization for success and growth. Our professional recruiters locate, screen and interview the best candidates for your job, not just in terms of skills but for culture fit as well.

To get started, schedule your free consultation without staffing experts today.