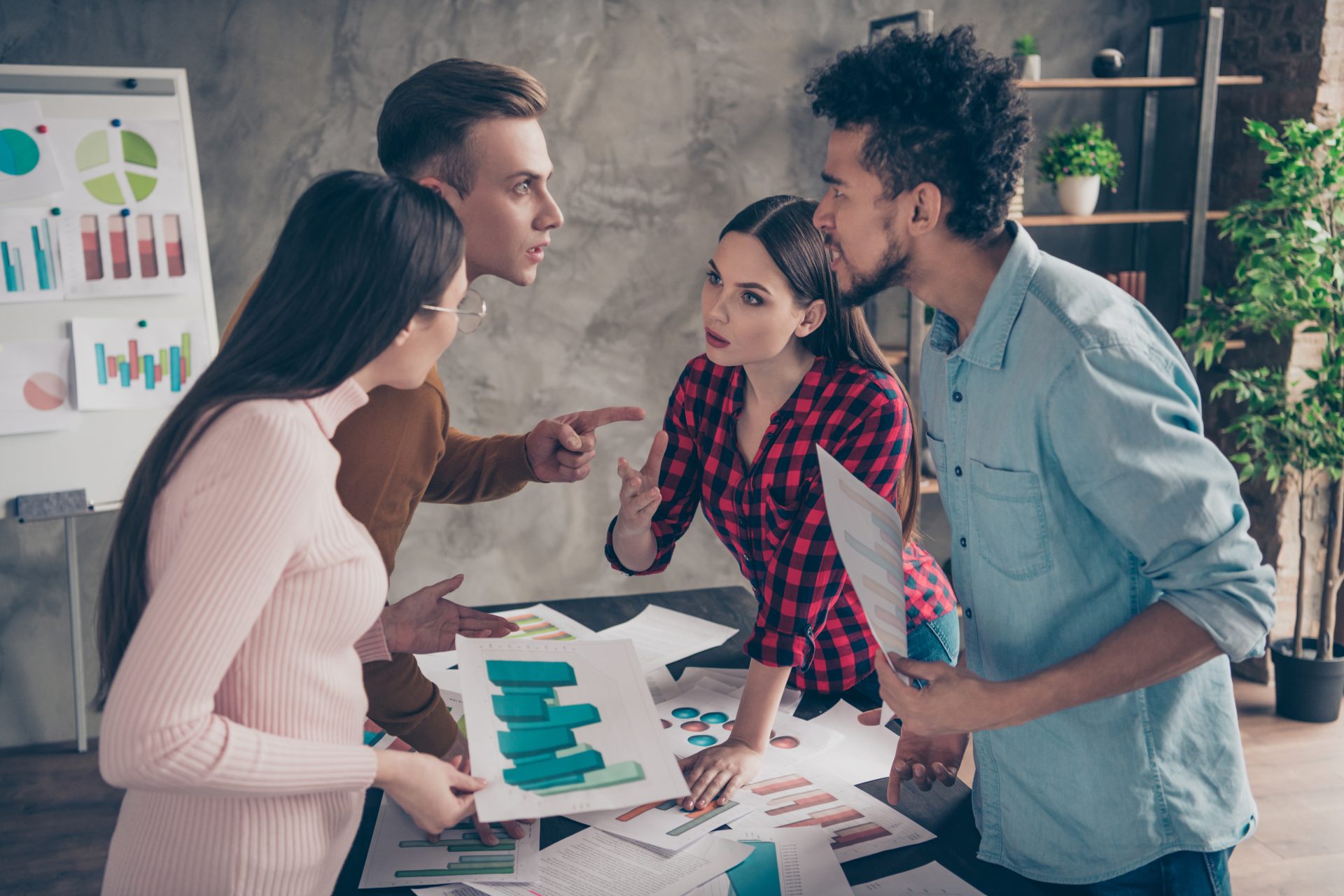 Work, by nature, brings together diverse individuals, each with their own unique temperaments, beliefs and work styles. With that, inevitably, comes conflict. Workplace conflict is an inherent part of professional life and no organization is immune from it. Yet the companies with the healthiest cultures have strategies in place for workplace conflict resolution and prevention.

We will discuss some of the ways workplace conflict can negatively affect organizations and what can be done about it, both via proactive prevention and through positive avenues for resolution.

Workplace conflict can take many forms, from a one-time exchange of terse words in the break room to a pattern of hostile behavior on the part of one or more staffers. The causes of workplace conflict can range from personality clashes and differing work styles to systemic mismanagement and even criminal behavior.

The potential implications of workplace conflict are equally varied and can be highly damaging to the work environment. On the lower end of the spectrum, there are hurt feelings that can simmer over to feelings of resentment and disengagement, while on the more extreme end there are work disruptions, employee resignations, and even lawsuits. These negative implications cost companies in the form of reduced productivity, lowered morale, and greater turnover.

According to one study, American workers spend an average of 2.8 hours per week dealing with workplace conflict. All that time adds up, to the tune of $359 billion in paid hours each year where employees are not actually getting much done.

It is hard to stay positive when you are in a negative place, and workplace conflict is a major source of negative emotions. While employees can be coached to effectively deal with infrequent conflicts, which are part of most jobs, it becomes a problem for morale when conflict is frequent or sustained. Research has shown that low morale leads to greater levels of absenteeism and poorer job performance, both of which cost companies money.

In a study conducted within hospitality organizations, researchers found that workplace conflict in the form of abusive supervision (a.k.a. hostile managers) and ostracism were strongly linked with an employees’ intentions to leave the company.

Further research shows that conflict contributes heavily to an employee’s overall job satisfaction—or lack thereof—which is inversely correlated with their intentions to leave. In other words, the more unhappy an employee is at work, the more likely they are to quit.

Then there is the overwhelming circumstantial evidence we have via countless personal anecdotes we have heard from employees who, when asked why they were leaving their current job, cited the “toxic culture.” Employees do not want to stay in workplaces filled with conflict.

While the employer no doubt plays a big role in conflict resolution, the leadership should come from the top-down. Companies should begin by arming employees with the tools they need to resolve conflict independently. Experts agree self-resolution should be the first avenue for dealing with workplace conflicts before the issue is escalated up the chain of command.

It is not cost-effective for managers and department heads to spend time getting involved every time there is a disagreement between staffers. Rather, set the expectation that when a conflict arises, employees will attempt to work it out on their own first before getting their supervisors involved.

It is a great idea to lay out this expectation in your employee handbook. Communicate that the job duties of every employee, regardless of role, include communicating respectfully, showing tolerance for their fellow employees, and working to resolve conflicts proactively.

While there will be times when a higher-up needs to get involved in a dispute between staffers, the response should not be to automatically take ownership of that problem. Rather, the focus should be on empowering staffers to analyze the issue, come up with possible solutions, and take action to put those solutions into place.

Set expectations for how and when this will happen. At what point does a manager need to get involved in a staff conflict? Do employees have the proper channels for bringing conflicts to the appropriate person’s attention?

It is also important to delineate that some types of conflict should always be escalated, like those involving threats of violence, harassment, or illegal activity. Make sure employees know they are not expected to deal with these types of issues on their own.

A company’s human resources department wears many hats, and one of those is to act as a neutral mediator during times of conflict. Typically, HR will get involved when employees and their managers cannot resolve a conflict on their own or when the conflict exists between two different levels of seniority, like between a manager and their subordinates. HR should also step in in any conflicts involving harassment, discrimination, or issues that might require law enforcement intervention.

Though HR does not need to be directly involved with all conflicts in the workplace, they should be kept in the loop about any situation that goes beyond a minor dispute. Too often, HR learns of an issue after it has already escalated, when earlier involvement could have helped mitigate the damage.

One of the most comprehensive, widely cited studies on workplace conflict found that conflict management training was far and away the biggest driver of high-quality conflict outcomes.

Fewer than half of the survey participants had ever received such training, yet 95% of those who did found it helpful. When employees are given strategies to manage disputes effectively, it can transform conflict from a drain on company resources to a positive avenue for building stronger, more well-rounded collaborative employees.

In addition to training, other proactive tactics for managing workplace conflict include a peer review system and third-party mediation. In a peer review, the employees involved in a conflict present their sides of the issue to a small panel of their peers who have been elected or appointed to help adjudicate such conflicts. The panel then acts as a jury of sorts to issue a decision on resolving the conflict.

Third-party mediation works in a similar way, but with an external party acting as the mediator. This person might be a trained professional in conflict resolution or simply an objective party without a stake in the disagreement.

Use legal avenues as a last resort

When all other channels for positive conflict resolution are exhausted, companies may resort to legal avenues like arbitration and litigation. These should be approached as a last resort since they are costly and time-consuming, not to mention psychologically draining on all parties involved.

Arbitration is a formal process that, like a court case, may involve the questioning of witnesses and the review of evidence. Retired judges and other legal experts often serve as professional arbitrators, who issue a final judgement based on all of the material presented. The outcome of arbitration is typically legally binding.

Litigation refers to a formal court case involving a judge and/or jury. Many states require professional disputes be brought through mediation first because it is so often successful and saves the taxpayer dollars that would be associated with holding a trial.

Despite the inevitability of conflict in the workplace, you can help minimize its frequency by building a team with strong conflict resolution skills. To do this, make sure your screening processes and interview questions are designed to identify these skills and flag candidates who lack them.

Some conflict resolution questions to work into your interviews might include:

Background checks are another critical component of the hiring process to alert you to any potentially problematic traits, like unresolved anger management issues.

Cultivate a Strong Company Culture with Help From 4 Corner Resources

At the end of the day, an employee’s alignment with your company culture can play a huge role in whether they are going to contribute to conflicts in the workplace. When you hire for strong culture fit, you are less likely to experience the negative impacts of workplace conflict we have outlined above.

4 Corner Resources can help you zero in on candidates who not only meet your skills requirements, but who mesh with your company’s overarching values and personality. We are experts at identifying positive traits like communication skills and creative problem solving that will allow new hires to thrive in a collaborative environment.

Start building a company culture you can be proud of. Contact us today to schedule your free staffing consultation.