Home » Staffing Corner Blog » Career Advice » Is College Worth It? 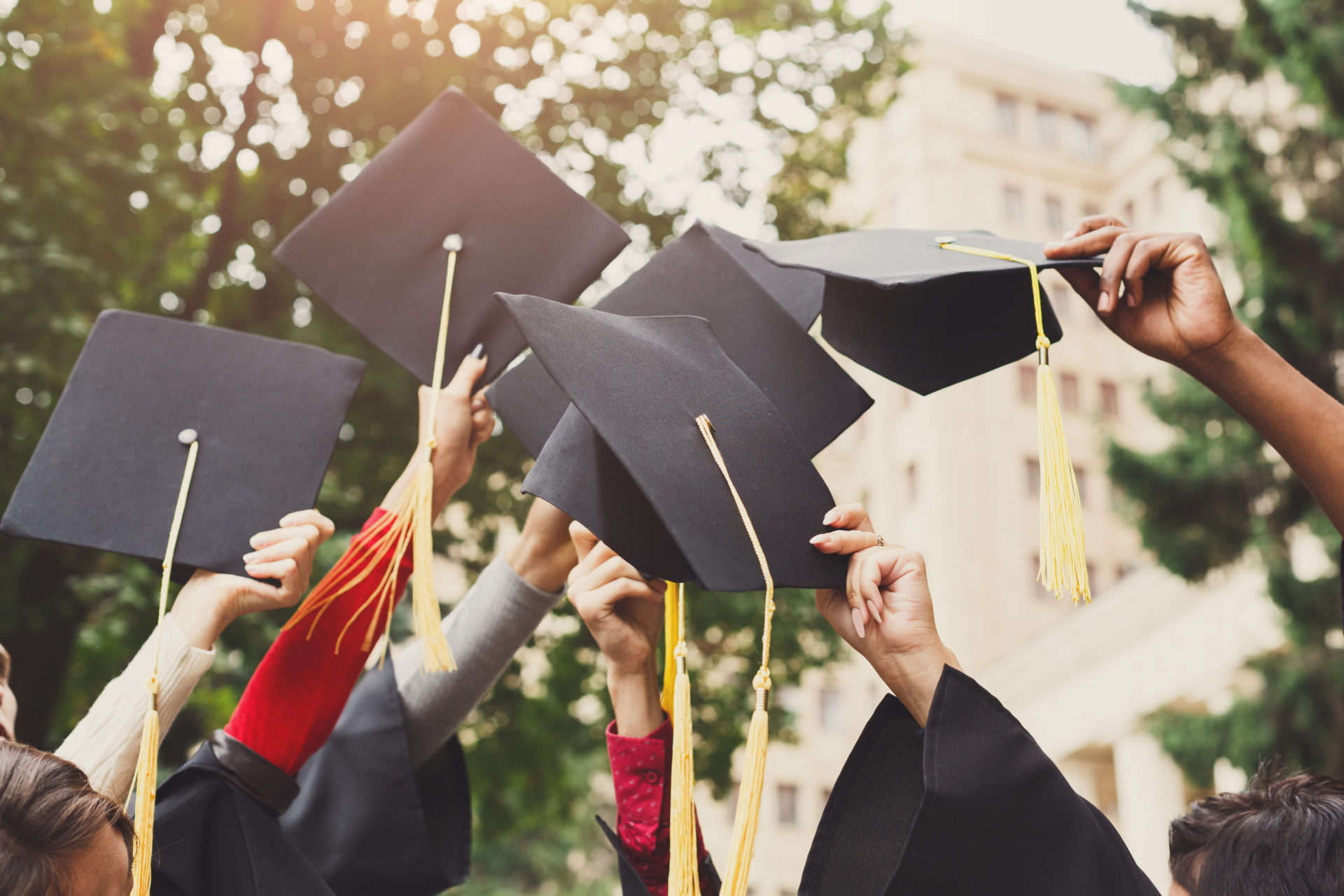 A question that everyone wants to know the answer to.  Does a degree really make a difference? Is all the time and expense just a waste?  Is college worth it…really?

Everyone has their own story and was raised in a unique way. For me, going to college was never really a question. Of course I would be going. That’s what both of my parents did, and what theirs did as well.  As the oldest sibling, all I knew about college was from stories told by my parents, some insight from older cousins, and what I “learned” from TV and the Internet.

My Beliefs and Assumptions About College

Just over a year ago, as I was preparing to graduate from high school, I was armed with only a pretty limited list of beliefs and assumptions:

Okay, so that’s 5 things. I wish I could say there was more, but truthfully that was about all I knew, or thought I knew, heading into my freshman year of college. I hadn’t done much research on my own to stop and consider if it was what I should be doing – I just went along with that was expected universally – by my teachers, friends, and family.   And now, one year later, I’m older, wiser, more experienced, but still not totally sure college is worth it. But I am certain of two things: In less than a week I am moving back up to Tallahassee to start my sophomore year, and I will continue looking for the answer. My answer. But how about for everyone else?

Success comes in many shapes and forms. It can be defined completely by yourself as an individual. Everyone has their own definition of what it may be, whether it’s your job, family, friends, love, or how much money you have. Money tends to be the biggest driver for why people go to college.  While yes, research shows that a college graduate makes more money, the accompanying student debt can be stifling.

Regarding money, here is a list of three people who have achieved great financial success. Although they did start out attending college, each dropped out and became successful on their own terms.

He started out at Harvard… which is honestly enough said, but he left in 1975 and founded Microsoft. He is an extremely successful college dropout; if not the most successful business professional and is worth close to $103 billion.

He dropped out of college, Reed College to be exact, after just one semester, got a job, traveled around India, and then came home and created Apple. He built a net worth of $11 billion.

He also went to Harvard and decided to drop out in 2005 after he created Facebook.  Currently, Zuckerberg’s net worth is close to $70 billion while his company, Facebook is worth about  $520 billion.

Now, of course each of these men were highly intelligent to begin with, but they were also able to prove that they didn’t need a college degree to be successful. College just wasn’t in the cards for them, and clearly, it didn’t have to be.

Of course, there are hundreds of thousands of people who did and didn’t receive college degrees who are successful, no matter their definition.

A primary, if not the most prevalent case for college is that it is a path to success. But, depending on your definition, that may not be the case at all.  Here are some pros and cons to consider:

Pros of Going to College:

You Will Make More Money

Research shows that those with a college degree, one makes on average more than at least 570,000 over a high school graduate in their life. College graduates are earning “71% ” higher earnings in their career. “85% of Forbes’ 2012 America’s 400 Richest People list were college grads.”  More jobs are starting to require college degrees. Georgetown University actually did a study last year, based on the economy and job projections, and discovered that “approximately 63% of jobs will require some college education or a degree.”

College graduates have also been found to have better (and more!!) employment opportunities. I know that when I think of why I am going to college, one big reason that comes to mind is that I believe it will help me earn a better job, and in 2015, a survey was done on college freshman, and 85.2% believed the same thing.

In fact, graduates are more likely to have health insurance. Compared to the 50% of high school graduates that had access to “employer-provided health insurance” in 2008, research showed up to 70% of college graduates had that same means of entry.

Young adults are learning interpersonal skills in college. Arthur Chickering’s student development theory which includes seven different stages that students’ progress through during college, called “Seven Vectors,” says that “developing mature interpersonal relationships” is one of them. College allows us the opportunity to interact with one another, learn social skills, and to develop the intelligence to become innovative.

Research also shows that those with a college degree are much healthier and live longer. The Carnegie Mellon Psychology department did a study for over 30 years, showing the link between lower blood pressure and lower levels of cortisol with adults who have college degrees.

Your Kids Will Be Better for It

The children of a college graduate(s) are also healthier and better prepared for school. A study was done in 2010 and found that 59% of children with at least one parent who graduated college participated in an after-school activity in elementary and middle school versus the 27% who participated with high school graduate parents.

You’ll Be a More Productive Member of Society

You’ll Learn How to Network

College implements networking value and gives students the freedom to explore career options. Colleges offer different “career services, internships, job shadowing, job fairs, and volunteer opportunities,” as well as a variety of courses that may help students find the right path for their career. Harvard Business School has estimated that 65 to 85% of jobs are gained through networking. Whether it’s through joining Greek life, clubs, or sports teams, and maybe even all 3, or really just any social function, college students are given the chance to meet new people and network with potential business connections.

And last but certainly not least, the last “pro” of going to college. Getting a college degree is a HUGE life achievement. College graduation is the pinnacle of years and years of hard work as a student and a very big payoff for the sacrifices made my supportive family and friends who helped you along the way.

Cons of Going to College

Student loan debt can be extremely damaging for college graduates. Wrap your head around 1.5 trillion dollars for the total of student loan debt in the United States. Data shows that this debt is shared by approximately 44 million Americans.  Now that’s a whole lot of money!!

And because of that debt that so many college students have, studies have shown that it’s resulting in more graduates living with their parents and delaying adult milestones, such as marriage and financial independence. In 1960, 77% of women and 65% of men had completed the “transition of adulthood” milestones by age 30, like completing school, living on their own, being financially stable, getting married, and having kids. Studies show that now less than 50% of women and only 30% of men have been able to pass these milestones by 30.

People go to college to get a degree, and then with that degree, get a job. Although that may be true in some cases, many college graduates are employed in jobs that do not even require their degrees. As of 2008, the Department of Labor found that “17 million college graduates were in positions that did not require a college education.” Talk about shocking!

No Guarantee of Professional Success

There is also the fact that college doesn’t necessarily guarantee any learning or job preparation to occur. You become completely independent once you get to college, and it will be up to your determination and commitment to what you will get out of your college experience.

And along with the money aspect of it all, research shows that college tuition has increased significantly  quicker than income. Thus, many individuals are unable to afford it. For a four year public school, between years 1986-87 to 2016-17, the average cost of one year of college tuition has gone up 125.7%, while the median family income only increased by 10%.

So Is It Worth It?

The positives are very positive, and the negatives, well, very negative.

At this point, I don’t think there’s a one-size-fits-all answer.  I’ve read studies that show college graduates are much healthier, live longer, have lower poverty rates, that their children are more prepared for school, and are more productive members of society.  But studies also show that stress in college can lead to health problems and other negative consequences, like how a college degree doesn’t guarantee benefits in the workplace, and these degrees do not guarantee learning or job preparation.  It is said that college graduates have better employment opportunities, however, many of these graduates are employed in jobs that do not require a college degree.

Maybe the better question would be, is college necessary? That is, perhaps, an even more challenging question to answer, and completely dependent on the individual, their situation, and their respective goals and aspirations.  My conclusion is that college isn’t meant for everyone, so if you’ve read this far, the only advice I’m confident in giving is to consider whether it’s the right choice for your future. Do your research to fully explore and consider your options.  All of them. Take in all the great experiences and opinions from those who came before you, and then decide what makes the most sense for you.

Although I didn’t previously think too much about IF I would go to college, writing this article has allowed me to think about WHY I’m doing it. I now realize that it’s far from being the only path and may not even be the best one in some cases. While I’ve concluded that it’s the right path for me, right now (in part because…you know…I still have three more years to go). From now on my eyes will be open not just to what’s straight ahead, but for new paths that may lead into entirely different directions.